Relations between the U.S and Pakistan began prior to Pakistan’s independence, as noted when the United States Secretary of State, George Marshall, sent a message to Pakistan’s founder, Mohammad Ali Jinnah, extending best wishes on behalf of the United States. The message was mentioned in Jinnah’s address to the Constituent Assembly of Pakistan in 1947.

The message which was read out loud  by Jinnah stated: “On the occasion of of the first meeting of the Constituent Assembly for Pakistan, I extend to you and to the members of the Assembly, the best wishes of the Government and the people of the United States for the successful conclusion of the great work you are about to undertake.”

In 1950, the U.S. invited Pakistan’s first Prime Minister, Liaquat Ali Khan, on an official state visit, in which the Prime Minister met U.S. President Harry Truman. Having the choice to remain neutral during the Cold War, Pakistan opted to side with the U.S., allying against the spread of communism. This alliance cemented future ties and military relations between the two nations. In 1954, U.S. and Pakistan signed a Mutual Defense Assistance Agreement, strengthening military ties between the two nations. Thus, the treaty permitted Pakistan military officers to be trained in the United States.

In 1970, the first democratic elections in Pakistan were held, which resulted in Zulfiqar Ali Bhutto, head of the socialist Pakistan People’s Party, becoming President in December 1971. During his tenure, Pakistan played a critical role in strengthening relations between the U.S. and China resulting in U.S. President Richard Nixon’s visit to China. Although Zulfiqar Ali Bhutto maintained a close relationship with President Nixon, ties between Pakistan and the United States deteriorated under President Jimmy Carter.

In 1978, Pakistan General Zia-ul-Haq, in a coup d’état, took over Pakistan. When Ronald Reagan became President of the United States, the economic and military ties strengthened to fight the common enemy of communism in the Cold War.

In 1988, Benazir Bhutto was elected, becoming the first female prime minister of Pakistan. Although Pakistan, during Prime Minister Bhutto’s time in office, was under democratic rule between 1988 and 1999, relations between the U.S. and Pakistan suffered setbacks. Pakistan was imposed with economic sanctions, which hindered the development of democracy.

In 1999, General Pervez Musharraf imposed military rule. The world changed with the tragedy of September 11, 2001. Since that awful day, Democrats and Republicans in Washington have forged strong ties to combat terrorism and strengthen Pakistani civil society and good governance. 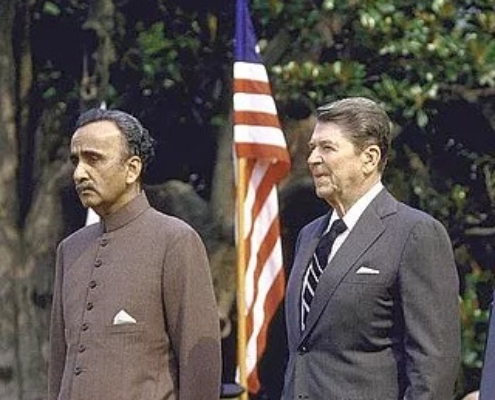 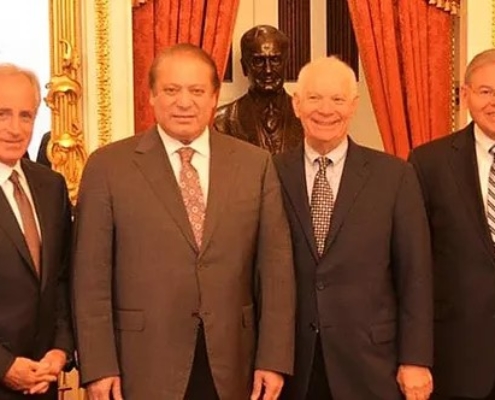 Pakistani-Americans have a higher household income compared to the average American. Pakistanis are known to have fared better in the U.S. than anywhere else in the world by attaining higher levels of education and being gainfully employed, all while upholding a sense of culture and heritage.

As early as the first days of the United States, Muslims from South Asia immigrated to the United States contributing to its economy by working in various fields such as agriculture and mining. In 1946, after the signing of the Luce-Celler Act, over 2,500 Pakistani immigrants acquired U.S. citizenship through naturalization. According to the U.S. Immigration and Naturalization Service, most of these Pakistanis were students who had just graduated from American universities. The latest U.S. Census, from 2010, estimated that there are over 360,000 Pakistani-Americans living in the U.S.