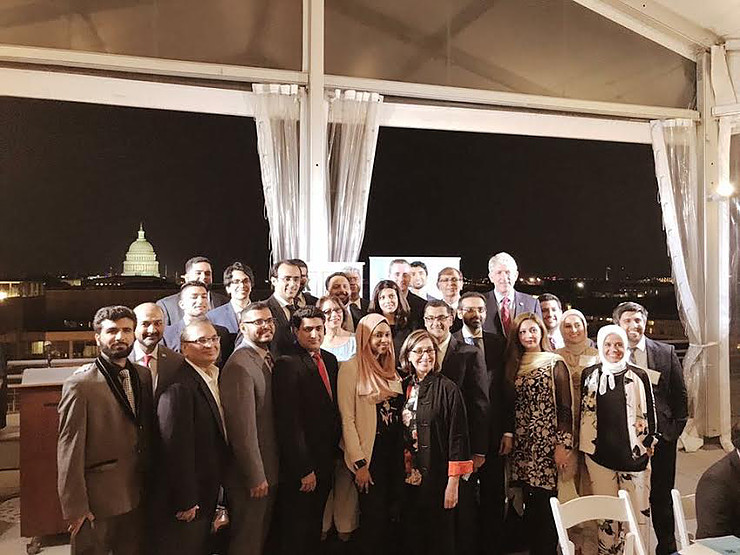 With a full moon and unseasonably cool temperatures, 115 community members traveled from across the United States to celebrate their faith and demonstrate their patriotism on the night of June 8th. They joined Democratic and Republican Congressional leaders for an unforgettable Iftar on the rooftop of the new PAKPAC Capitol Hill office.

This is an historic time for our nation. For the first time in a generation, the White House decided not to host an Iftar. Decisions much more significant than this being made in Washington will affect all Americans.

We must engage in the political process rather than be spectators. PAKPAC is a unique community organization. Our members are at the front lines of educating Congressional leaders. You have a voice. Congress is a co-equal branch of government according to the US Constitution. Turn on the TV today and you will see the power of just one Senator in a committee hearing.

Last Thursday, we celebrated our Constitution. We awarded Champions of Religious Liberty who are eager to work with, learn from and champion the community during these critical times. Democrats and Republicans in Congress are working with PAKPAC, but we need your participation.

To quote one of our champions, Congressman Mike Quigley, “it is more important now than ever to unite around our differences rather than let them divide us further.