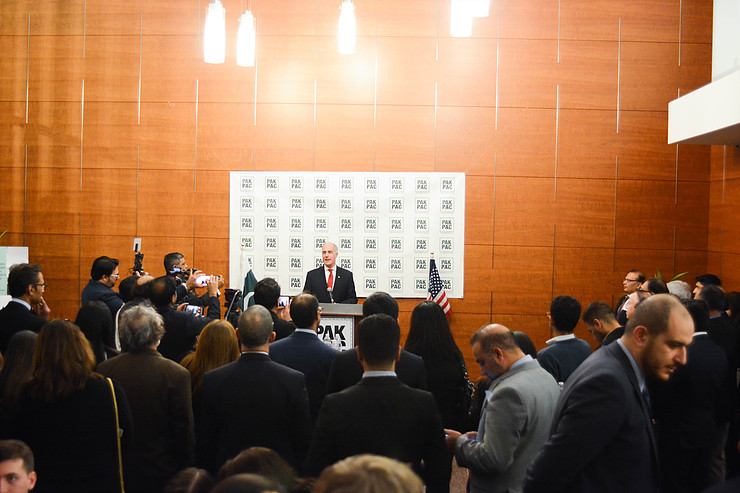 After a wildly successful year in which PAKPAC supported 15 candidates from both sides of the aisle, last Wednesday’s Biennial Congressional Open House was a huge hit and a great segway into another year of continued advocacy in 2019.

On behalf of our national board PAKPAC would like to say thank you to all of the members of the community and to the TWENTY bipartisan elected officials, from both the House and Senate, who came to show their support, commitment, and gratitude to the Pakistani-American community.

Among the congressional leaders were members of the House and Senate Foreign Affairs committees, and Armed Services committees.

The evening was a huge success and we couldn’t have done it without YOU.

Check out the coverage of the event: